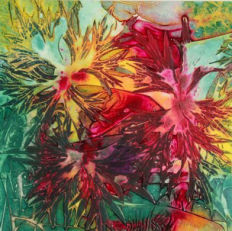 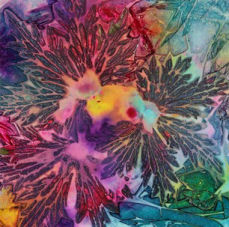 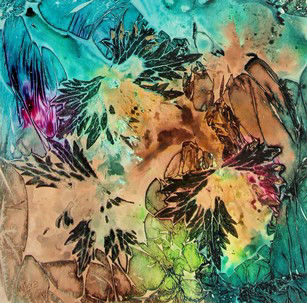 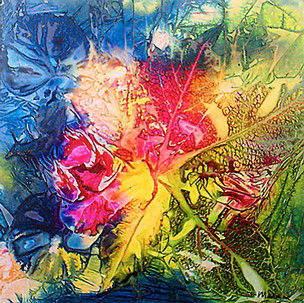 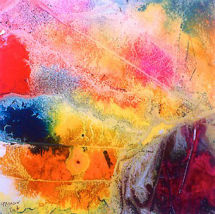 Marcia grew up in Assiniboia, Saskatchewan as a "Daughter of the Prairie". She obtained her B.A. in Regina and has made it her permanent residence. She has taken workshops in various mediums including oils, watercolours and acrylic from local and internationally known artists . In 1993 she discovered inks in a workshop given by Maxine Masterfield, a renowned Artist from Florida, and her passion for colour and spontaneity took a new exciting direction in a meditative process combining colour with music, poetry and nature. She was chosen by Signature Graphics contest as one of the thirty best artists in Saskatchewan in 1997.
She has had two solo shows, "Crescendo" at the Joe Moran Gallery in Regina in 1998 and "Crescendo Two" at the John Paul Centre in in 1999. Marcia is also a member of the Regina Federation of Artists. Her work is available at Collector's Choice Gallery in Saskatoon. The Regina Free Press wrote about her show, "The paintings are explosively bright, and filled with vibrant and brilliant colours. And indeed there seems to be an almost lyrical quality about the paintings. There's a sense of motion about them, a peculiar liveliness and light. There's a feeling also of freedom and spontaneity about them, and that's another reason Frid likes ink."
Marcia has also published four books in a children's series entitled, "Bumpy, The Bad Little Bear" in the early eighties. She has published her poetry in Various literary publications, as well as having her work read over CBC and performed at Globe Theatre's "On the Line: A Freefall Through New York" in 2001 and 2002. She visits schools through the Saskatchewan Writers Guild Program reading to the children and teaching art. She has been selected to participate in the Art in Bloom program at the MacKenzie Art Gallery as a floral interpreter and has won People's Choice Awards. Marcia is truly a prairie person. She says, "Once you have a sunrise in your heart, no one can take it away." 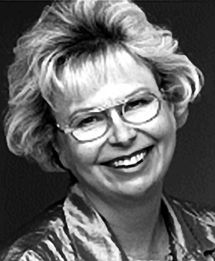 Note: all images of artists' works appearing on this website are the copyright of the individual artist